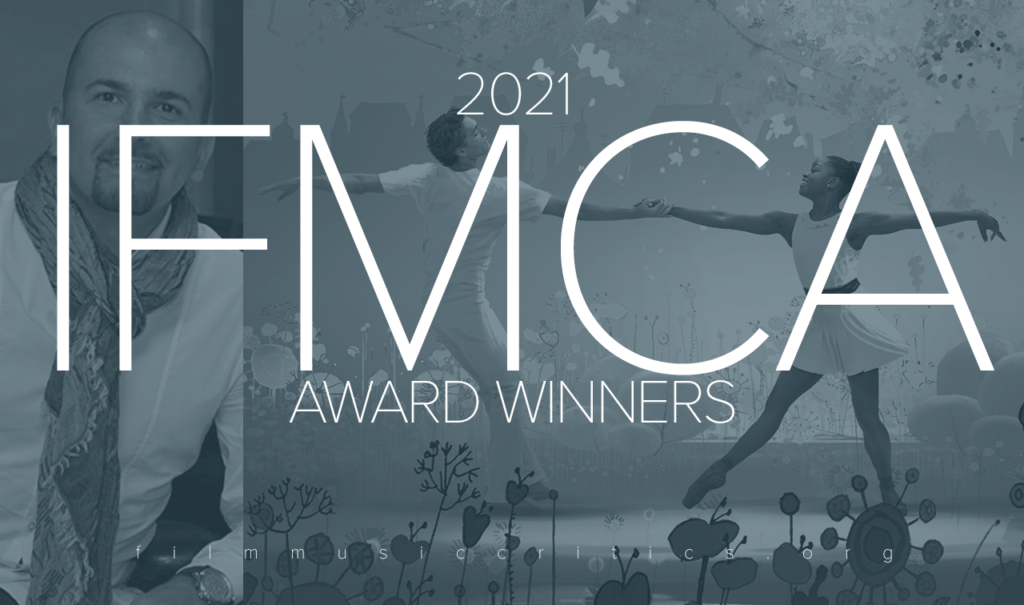 FEBRUARY 17, 2021 — The International Film Music Critics Association (IFMCA) announces its list of winners for excellence in musical scoring in 2021, in the 2021 IFMCA Awards.

The award for Score of the Year goes to composer Maurizio Malagnini, for his score for the unique fantasy-science fiction-ballet film “Coppelia.” The film stars members of the Dutch National Ballet and is an updated version of the original stage work by Léo Delibes, in which a pair of young lovers from a small European town must save their home from an evil interloper intending to use the townspeople’s ‘essence’ to give life to a robotic creation. IFMCA member Jon Broxton described “Coppelia” as “a sweeping orchestral masterpiece of staggering beauty, combining half a dozen leitmotif themes into a narrative structure that carries the entire emotional weight of the film. This is then augmented by some impressive electronic textures which accompany the villain of the piece, and it all builds to a stunning climax of thematic, romantic wonder,” and concluded by saying that “…in a time when the theatrical movie schedule is dominated by Marvel and Disney, prequels and sequels and multiverses, there has to be room for art projects like Coppelia, and for the ravishing music like that composed here by Maurizio Malagnini.”

The score is also named Best Original Score for a Fantasy/Sci-Fi/Horror Film. These are the second and third IFMCA Awards of Malagnini’s career, him having previously won the Breakthrough Film Composer of the Year award in 2015

James Newton Howard is named Composer of the Year, having written acclaimed music for two films in 2021. “Jungle Cruise” is an old-fashioned action adventure starring Dwayne Johnson and Emily Blunt, and is based on the popular Disney theme park ride. IFMCA member Christian Clemmensen said that “Jungle Cruise” is a combination of “skittish comedy, sincere drama, breakneck adventure, romantic teasing, and flowing fantasy, all inhabiting one whirlwind of a score” and concluded that it “represents most of what his collectors love about Howard’s writing.»

“Raya and the Last Dragon” is an animated film which follows the adventures of a young girl in an alternate universe version of South East Asia, as she tries to save her family by hunting for a mythical dragon. IFMCA member John Mansell described “Raya and the Last Dragon” as “a fully symphonic work … mysterious, with rich and lush musical moments that are filled with the romantic and the comedic, a varied and vibrant work that is bursting to capacity with haunting themes and edged with emotive and poignant tone poems.”

“Jungle Cruise” was also named Best Score for an Action/Adventure/Thriller film, while “Raya and the Last Dragon” was named Best Score for an Animated film. These are Howard’s eleventh, twelfth, and thirteenth career IFMCA wins. He previously won the Score of the Year award for “Lady in the Water” in 2006, and was named Composer of the Year in 2018.

Composer Oscar Martín Leanizbarrutia is named Breakthrough Composer of the Year for his sensationally beautiful score for “Claret,” a Spanish-language biopic of the 19th century Catholic archbishop and missionary Antonio María Claret; IFMCA member John Mansell wrote that Leanizbarrutia is «a composer who possesses a rare quality and a talent for conveying emotions musically. He has a gift for melody and is a purveyor of so many senses within his compositions; his music gets to the listener’s core, invading not only their brain but their hearts, becoming mesmerizing and captivating … Claret is a perfect example of pure musical emotion”.

As previously announced, the IFMCA introduced a new award in 2021: the Roberto Aschieri Special Award, which is awarded to an individual who has made an important and long-lasting contribution to the art and preservation of film music over a career, but who is not usually awarded as part of our regular awards process. Unlike the previous special award, there will be a guaranteed winner in this category each year going forward. The award is named in honor of Roberto Aschieri, the film music journalist and author from Argentina who was a member of the IFMCA until his death in 2017

The inaugural winner of the award is Nick Redman. Redman was an Oscar-nominated documentary filmmaker, and the co-founder of the Twilight Time video label, but it was as an award-winning soundtrack producer that he was best known to the film music industry. Redman worked as consultant at Fox from 1990s onwards, where he supervised one of Hollywood’s first and most comprehensive film music restoration programs. Redman subsequently produced several hundred albums featuring the music of dozens of major Hollywood composers, including Alfred Newman, Bernard Herrmann, Jerry Goldsmith, John Williams, Alex North, Hans Zimmer, James Horner, Michael Kamen, and many others. Redman received a total of eight IFMCA Award nominations, winning in 2007 for his album of Jerry Goldsmith’s score for “Alien,” and again posthumously this year, for “The Diary of Anne Frank”. Nick sadly died in January 2019, but the IFMCA hopes that this tribute will go some way to further acknowledging the legacy of this giant of film music preservation.

The existing special award category has been re-named the Kyle Renick Special Award, and will continue to be awarded to a title not eligible for a standard IFMCA Award, but which has a film music component – for example, a screen musical which contains no original material but is still especially musically excellent, or a song score which contains no score material but contains a number of original songs which are of a significant high quality. This award is not guaranteed to be presented annually, and is only presented to a project worthy of separate special acknowledgement. The award is newly named in honor of Kyle Renick, the film music journalist and theater producer from New York who was a member of the IFMCA until his death in 2019.

The various other genre awards are won by: Simon Franglen for the Chinese-language historical drama “The Curse of Turandot,” Nicholas Britell for his score examining the comedic origins of the popular Disney villain “Cruella,” and Panu Aaltio for the spellbinding Finnish nature documentary “Tunturin Tarina,” or “Tale of the Sleeping Giants.” With this win Aaltio completes an unprecedented trio of awards for this one series of films, having won the same category in 2012 with “Metsän Tarina/Tale of a Forest,” and again in 2016 with “Järven Tarina/Tale of a Lake”.

Producers Michael Matessino, Nick Redman, and Neil S. Bulk receive the Archival Award for their new release of Alfred Newman’s score for the 1959 drama “The Diary of Anne Frank,” which features the original soundtrack album, along with the world premiere presentation of the film score, and additional bonus music cues. The music was restored, mixed and mastered by Chris Malone in a limited edition release that features in-depth liner notes by writer Julie Kirgo and classic art direction by Jim Titus.

In the Compilation category, the award goes to “The Film Scores of Bernard Herrmann,” a compilation of classic Bernard Herrmann scores including Psycho, Vertigo, North by Northwest, Marnie, Citizen Kane, and Jane Eyre, digitally re-mastered from the original analogue master tapes and released as part of a handsome collector’s package by Decca.

California-based La-La Land Records, and their executive owners MV Gerhard and Matt Verboys, is named Film Music Record Label of the Year for the 8th time, in recognition of their outstanding series of expanded re-releases and re-recordings which in 2021 included titles such as the aforementioned “The Diary of Anne Frank,” James Horner’s “Glory,” John Williams’s “Always,” and Dimitri Tiomkin’s “It’s a Wonderful Life.”

FILM SCORE OF THE YEAR 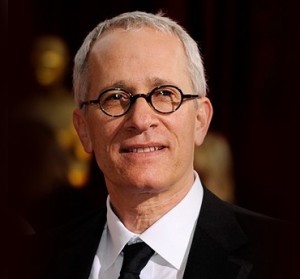 FILM COMPOSER OF THE YEAR

BREAKTHROUGH COMPOSER OF THE YEAR

FILM MUSIC COMPOSITION OF THE YEAR 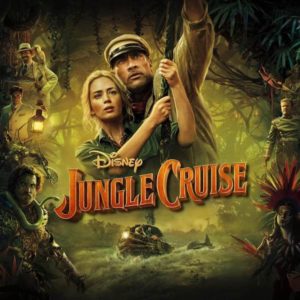 BEST ORIGINAL SCORE FOR A DOCUMENTARY

BEST ORIGINAL SCORE FOR A VIDEO GAME OR INTERACTIVE MEDIA

The International Film Music Critics Association (IFMCA) is an association of online, print and radio journalists who specialize in writing and broadcasting about original film, television and game music.

Since its inception the IFMCA has grown to comprise over 75 members from countries such as Australia, Belgium, Canada, China, Denmark, France, Germany, Greece, Iran, Ireland, Italy, the Netherlands, Norway, Poland, Spain, Sweden, Switzerland, the United Kingdom, and the United States of America.