Saint Judy: James T. Sale and the Music Within

After its festival round, the film Saint Judy (Sean Hanish, 2018) hit US theaters last March. This biographical drama with Michelle Monaghan and Alfred Molina delivers some powerful interpretations, but also includes a name we’ve been following for some time in AsturScore: James T. Sale. From the shadows to the light, this interview may help you to discover James’ hidden talents. And one little secret: he loves film music and film composers as much as we do. We hope you enjoy the interview! 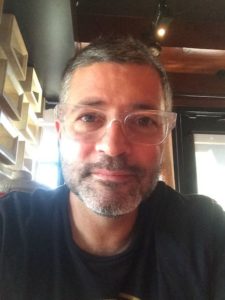 James T. Sale (Washington, D.C., 1967) began drum lessons through the DC Youth Orchestraat Theodore Roosevelt High School, after which he attended St. John’s College High School. From there, he enrolled in the Film Scoring Program at Berklee College of Music in Boston, where he studied Composition and Orchestration, with a major in Film Scoring. After moving to Los Angeles in 1992, he worked as a librarian and copyist for Suzie Katayama at the Sony music library.

James began writing music for feature films with The Cheshire Cat (1996), until becoming Mark Mothersbaugh’s orchestrator and conductor, starting with Herbie Fully Loaded (2005). He has written additional music for films like Cloudy with a Chance of Meatballs (2009), Hotel Transylvania (2012) or The LEGO Movie (2014). Other projects include Music Within (2007), The Box (2007), the documentary JFK: A President Betrayed (2013), as well as Return to Zero (2014), the TV Movie Sister Cities (2016) and Saint Judy (2018) for director Sean Hanish.

What is your first memory about creating music? The moment when you realized: “this is it, this is what I want to do.”

I used to daydream when I listened to music as a very young child, usually a classical piece like Paul Hindemith’s Mathis der Maler, which had all of this exciting orchestral narrative in it. I was able to create complex stories on the spot in my mind as I listened to this music. I wondered if I would ever be able to create music like that. Eventually I was convinced I couldn’t do that. (I was wrong.)

I then saw Star Wars at the age of ten and knew that, somehow, I wanted to work on films. Star Wars changed my life forever. It was a comforting thing for me at an age of awkwardness and insecurity. That music took me away from my life in a wonderful way. It wasn’t until years later that I gained the courage to go study film music properly and learn how to do it, even if I was the worst kid in the school. I didn’t care, I had to learn it.
. 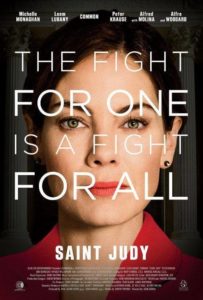 Saint Judy, your last work, has been premiered in the US recently. What could you tell us about it?

Saint Judy is an amazing true story of an immigration attorney named Judy Wood, who fought the legal system to recognize women as a protected class as asylum seekers. The story is emotional and tense at times, as we see Judy fight for an Afghan national named Asefa Ashwari. The music reflects the legal and personal struggles of the two women in the story, and the struggle against the “system”.
.
Which was your musical approach to this project?

Originally there were two different approaches, but the music ended up being based on staccato strings blended with electronics. The strings have a pulsing motivic signature that represents Judy’s determination and constant drive. That was the primary focus of the music, while handling the emotional material with very gentle touches and subtleties with piano. In a film like this, with good performances, it’s very easy to make the music sound heavy-handed and overbearing. It was challenging for me to get the right amount of tension or emotion to fit the scene. It was difficult to tell the story and not draw attention to the music.
.
You’ve collaborated with Sean Hanish, its director, on several occasions. How did you meet him?

I met Sean in 1992 when he was a Grad film student at the University of Southern California. It was at this USC “First Look” screening that I met Sean, who was screening his thesis film, called Sales Tribe Grashecki. We are both big American Football fans. We ended up hanging out together to watch football on Sundays for years, before we ever got to work together. Eventually he hired me to write music for some commercials he was doing and then I did his first major feature, which was Return to Zero.
.
How is working with him like?

Sean is a smart guy, who has an incredible knack for getting absolutely phenomenal performances out of his actors. He also has a great ear for music, and good sensibilities. Not all directors have a good sense of music and how it works. He knows what he wants his music to do and appreciates when it works well with the picture. I love working with him!
.
Another name you’ve been associated with is composer Mark Mothersbaugh. What have you learned from him?

The most valuable thing I learned from Mark was how to take care of your client, your director or producer. Never make them feel like their requests, no matter how demanding or inconvenient, are a problem. Say YES to everything. It’s good customer service and ultimately, if we don’t make our client comfortable, there is no reason for them to hire us again.
.
Last year you also worked in Acts of Violence, with Bruce Willis. Which were the ideas or indications you had?

The director of Acts of Violence, Brett Donowho, had very specific ideas about the music. I had worked with Brett before on two other films he produced, Music Within and The Box, so I knew there was some trust between us. 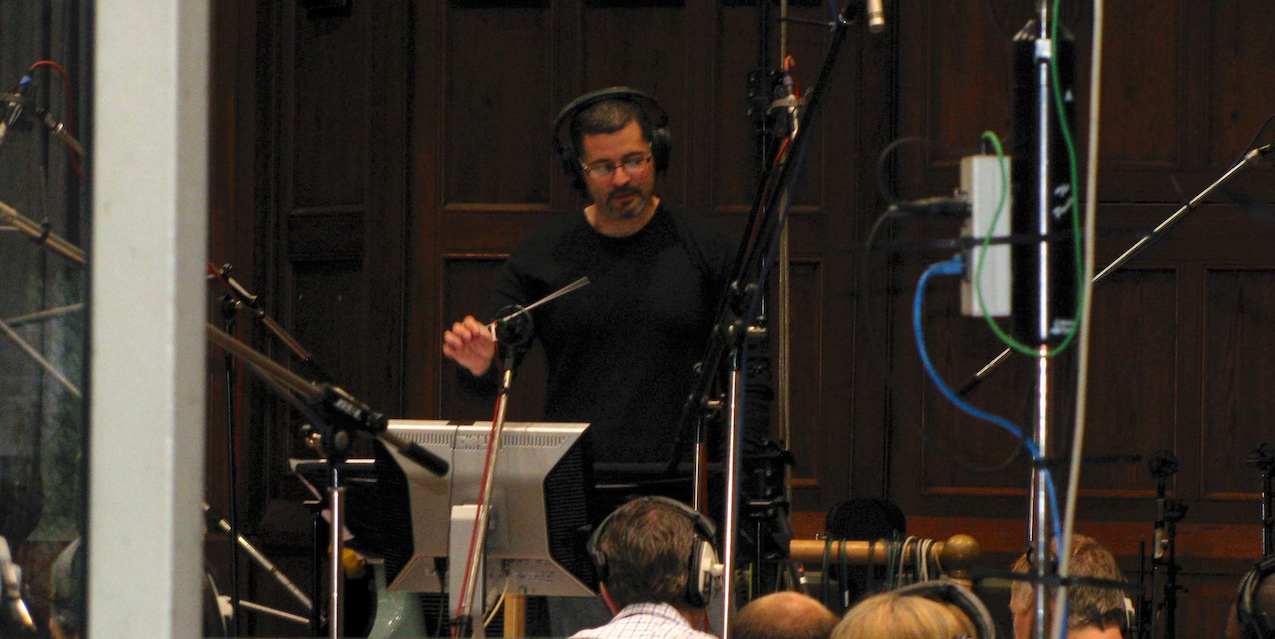 He had temp music that he was very fond of, so my job was to handle the film the way the temp did, but do it in our own way. That can be challenging, but I think we ended up with a score that really fits the film and doesn’t sound like a complete rip off. I am very comfortable with complex percussion and electronics in my action scores and so it was fun for me to do this score..

I particularly love your music for the documentary Surviving Home. How did you get this project?

Thank you, I’m glad you like it. I was introduced to the wonderful team that is Jillian and Matthew Moul through a third party, because they were interviewing different composers for this documentary. Prior to the interview, I sent music I had written for some earlier documentaries, which helped me tremendously. They liked the material I had sent them and, then, Matthew and I hit it off when I interviewed with him in person.
.
Where did you draw your inspiration from?

In order to capture the essence of these veteran’s stories, I used a specific instrument for each character, to define them and tell their particular story. So, for one of our characters and his story line, electric guitar is used. Then we have acoustic guitar for another character and story line. Then there is the use of harp for another set of characters. They all had their own themes as well, but the instrument association was a part of identity for that group. So it’s primarily guitar based, with some harp. Only at the end do we have a bit of clarinet for an emotional scene for Claude Anshin Thomas at this father’s grave. I felt a bit of Americana, a bit of old fashioned nostalgia, worked best in that moment.
.
Were you to recommend one of the scores you worked on, which one would you choose and why?

These scores are like children, even if you have thirty of them, you love them on their own terms and for their own reasons. But if I have to pick a favorite, it would be the Hotel Transylvania 1 & 2 scores. I have fond memories of them and love the fact that these films allowed me to create music that is dissonant and experimental, but fun at the same time. It allowed me to do a lot of fun woodwind writing that would normally not be used today, because it would be considered old-fashioned. The sessions were great fun as well, and the process of complementing such fantastic animation and characters was something I will remember fondly. Those scores have a special place in my heart.
.
Could you tell us anything about your new projects?

I have some interesting projects in the works, but right now I am writing music for bass clarinet and small orchestra, which I’m hoping to premiere next year. It’s very much in the same style as Hotel Transylvania, but more appropriate for the concert hall. It’s in three movements, and each movement is based on literary characters from three novels or short stories.
.
Good luck with it and thanks so much for your time!

Thank you for highlighting film music and for talking to me. I would love to talk someday about the genius of Jerry Goldsmith or Alex North, or even Thomas Newman!