Making use of the recent edition of the soundtrack composed by Víctor Reyes for the movie Grand Piano (2013), by MovieScore Media and Kronos Records, we got in touch with the composer from Salamanca (a region in Spain), thanks to these labels, to have a chat in a distended way about his work for this thriller.

But first of all, let us get some background.

Special thanks to Oscar Salazar for his help to translate this interview to English, and to Moviescore Media & Kronos Records for their support to contact Victor Reyes for the interview.
Spanish version of the interview: Entrevista en Español
Víctor Reyes official site: www.victoreyes.es
Official movie site: www.magnetreleasing.com Grand Piano, directed by Eugenio Mira and starring actors Elijah Wood and John Cusack, tells us how Tom Selznick, the most gifted pianist of his generation and who suffers stage fright, is finally ready to fight his greatest phobia and to leave behind his fears.

After a 5 year retirement, due to his unsuccessful performance of La Cinquette, he reappears in public in a much anticipated concert in Chicago, in what will be the most difficult and long concert of his life.

And, if he was not already nervous before sitting on the stool with all the attention of a crowded theater placed on him, the situation will become even more stressful the moment Tom discovers that, besides the melody notes, there is the following message written in the score: «If you miss a single note, you will die.»

From then on, his wife’s future and his own one will be dependent on his performance. Tom must find out what reasons are those of the unknown sniper who wants to kill him, and he needs to do it promptly, unaided and without anyone noticing, all of this while he keeps on playing…

Excluding the dark Main Titles or the hard to play piece La Cinquette, Reyes score perfectly meets two important needs of the film, and all this, of course, with the piano as main element. The first and most important one is to convey the impression that this is really a classical concert, based on a large symphonic feeling; but, apart from that, the music also serves as the driving force to build and to smartly illustrate moments of tension or action that the lead experiences.

In the words of Eugenio Mira himself, Grand Piano is «deeply Hitchockian» and in the moments of tension is where it is incidentally necessary to remark that there is no lack of homage. Little nods to the British filmmaker can be found in the work of Reyes, including Herrmannesque sonorities, which are mainly heard in the middle section of the track 2nd Movement or at the beginning of the 3rd Movement.

It is also noteworthy the great creative challenge that writing the score meant to Víctor Reyes, as Eugenio Mira arranged a roadmap, putting together the different scenes at home and “casting the moments”, to find the needed non-existing musical pieces which had to be written. But beyond all that, to confer more realism to Elijah Wood’s piano performance, once the final cut was available, Víctor Reyes analyzed each of his finger movements and thus readapted the composition to what Elijah had really delivered.

In short, the soundtrack of Grand Piano is the third star of the film and a sample of that is it has been recognized in the most specialized fields of film music. The Spanish composer has won the IFMCA Award for Best Original Score for an Action/Adventure/Thriller Film, the Reel Award for Score of the Year and last, but not least, Víctor Reyes will be attending the Tenerife International Film Music Festival (FIMUCITÉ) to receive the Award for Best National Score from the National Musical Critic Awards.

A gem of an score and a must buy for any fan of this music, from which the composer will tell us about next, his creative process and a little bit about who Víctor Reyes is.

1. What is your earliest musical memory? The moment when you realized “that’s it” (that’s what I really want to do).

My earliest musical memories were related with For a Few Dollars More (La Muerte Tenía un precio) or A Fistful of Dollars (Por un Puñado de Dólares), of Ennio Morricone in the 60’s. My father, who was a great lover of music, had those LPS. For me it was very strange to read those magic words: «The original soundtrack of the film». An enigma which sparked my imagination.

2. Who are your musical influences in terms of film composers or artists in general? A bit of everything, specially John Williams, and not as an influence, but as influence or desire. Nobody has that level. He is E.T.

3. In your beginnings you cooperated with an icon of Spanish Pop, Mecano, in the album “Ai, dalai” (1990) and, furthermore, you have also worked with artists such as Montserrat Caballé, Plácido Domingo, Julio Iglesias or Ricky Martin, among others. How was that period of your life?

The Crazy 90’s. I made all kinds of arrangements, recording for everyone around the world, but I always felt that it was a kind of transition to somewhere. I understood that as a learning stage, especially at the technical level.

4. In the 90s you already started to compose for both the big screen and the small one and even commercials for companies such as BMW, Iberia, El Corte Inglés and Repsol. What memories do you have of those early days? And on which medium do you prefer to work, movies or television? What are the differences?

I reconciled jobs in advertising and media with the arrangements for artists (all those works went done together). It is a type of stroke which can be done when you are between 20 and 40 years old. It is the first line of fire, and one is exposed to anything. As I said, it was like an initiation stage. 5. Before moving to Grand Piano, we should mention someone I think it is important in your career, filmmaker Rodrigo Cortés, who is also the producer of this film. May we say that Buried and Red Lights were your international break? Could you, please, explain us a little bit how you met and how you work with him?

Rodrigo was born in Ourense, but he lived and grew up in Salamanca, like me. It was all by chance. One day he called me to make his first feature film Concursante. Since then, we have been great friends and share many ambitions. For me, it is the best director in the world and I’ve learnt a lot of things from him.

6. Now getting us right into Grand Piano, director Eugenio Mira is also a composer, and, as a curio, he wrote the score for Timecrimes under the pseudonym of Chucky Namanera. What influence did that have on you, knowing that he was a composer, and how was working with him? Did he give you total freedom or did you receive clear guidelines about how the music should be? How was the creative process?

Eugenio is a great director, he has an impressive visual capacity, and directs his films flawlessly. He is also a great composer and contributes with his talent to the films so essential, as he did in Grand Piano. He proposed the way to compose the music in the film, with the first demos. After the editing of the film was ready, I made a general rethinking of the soundtrack, from my own point of view.

7. One thing that stands out is that you had to compose the score prior to the shooting of the movie, something which in actual filmmaking is normally the other way round, as the work of the composer is the last piece of the film. What did this creative challenge of not having reference scenes mean for you? Or, on the contrary, are you used to working with the script?

As I said before, Eugenio prepared some initial demos which I programmed to be used in the shooting, and they were essential for everyone to understand what we were talking. Grand Piano is a very, very complicated soundtrack to perform, both technically and artistically. Thanks to the talent of all, it worked well.

8. The music in Grand Piano is another important part of the story since, except for the dark Main Titles, there are three concert movements and a McGuffin, which would be La Cinquette. Did anyone suggest the use of classical pieces at any point? We knew that it had to sound like a classical concert, and it had to look a classical concert, written by a «real» composer. We were inspired vaguely by the Tschaivovsky’s concerts, etc.. only to focus on a specific musical aesthetic, but in fact, it is a dramatic thriller soundtrack, the typical kind of score for these movies.

9. Have you got any other interesting story about this project?

A lot. The process of composing Grand Piano was completely different from others compositions where I’ve been working, because the music is an integral and fundamental part of the action of the film which takes place during a concert piano. And at other times the music refers to an emotional aspect, which happens inside the minds of the main characters; in Grand Piano the Music «is» the action. Crazy.

10. About the recording, you made it with the City of Prague Philharmonic Orchestra. Was it the first time you worked with this orchestra, one of the most popular? How were the recording sessions?

No, I have recorded in Prague over twenty soundtracks and I already have got a lot of experience with them. Good people, good musicians, good ambiance. They are very participatory and creative people, I have a lot to thank them.

11. Now MovieScore Media and Kronos Records offer us the great opportunity of having your awarded work on CD. What can you tell us about the release of this album?

The album reflects all the music included in the movie, and I personally have done it, included mastering. I am delighted because people will be able to listen to it, inside and outside the film.

12. About the future… What projects do you have in the pipeline?

In these moments I have several projects on the table which I hope they will definitely take place, especially in the United States.

I like everything. Actually, I see all kinds of movies and I listen to all kind of music. For example, I love the way how Peter Berg directs. «Lone Survivor» is really good. 14. And finally, some very quick personal questions… You only need to provide one reply. OK?

Thanks a lot for your time and good luck in your new projects, Víctor.

Thank you, and greetings to the readers. 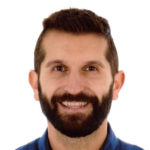