Simians & Serialism is a book like no other. Not only in scope and depth, but also in content and meaning. It is not a book which drinks from other books, as we are used to in recent times, nor just some unrelated ideas put together by a keen fan. Each and every data about the production history comes from the original sources (memos, budgets and scores), bringing new light to misconceived ideas. Lots have been written about Planet of the Apes, both cinematically and musically, but never with such a laser focus eye on historical accuracy. Myth is long gone for John O’Callaghan, as he dives deep into reality.

A reality that jumps back to the reader from the past, while following Mr. O’Callaghan’s reasoning. The score analysis is a musical investigation, clear enough even for the non-musically trained. Along the way, the very pure essence of the score is distilled, to its pure core. And, with the Rosetta stone decoded, the score is reconstructed from its very primary elements. For once, the dilettante and the professionally trained musician become one in John O’Callaghan’s figure and he is able to share his passion for detail with the reader.

The CD re-recording, Music Written For The Film Planet of the Apes, appeared naturally, in the investigation process. The music by itself is the same masterpiece it has always been, but heard as never before, with pristine sound. Of course, it is not identical to the original recording (understood as that one heard in the film), though Jerry Goldsmith’s essence is there one hundred per cent. The aim seems to have been throwing the interpreter away and placing the composer and his music in the forefront. If there are some changes in the letter, the recording is absolutely faithful to the spirit.

Every note has been painstakingly reconstructed from the original scores. State of the Art technology has been used to reproduce the orchestral sounds. And, following an archaeological research which would have been approved by Cornelius himself, the original percussion appears in the CD, with a very real piano. For the first time ever, the listener is able to hear some of the cues as heard in the film, without the edits or alternates that plague most of the previous recordings. And, in the case of the bonus tracks, as they were originally intended by the composer.

To purchase copies of the book, Simians & Serialism and the CD, Music Written For The Film Planet of the Apes visit www.PithikosEntertainment.com.

John O’Callaghan has spent his life as a musician, composer, recording engineer, writer and filmmaker. As a youth, he studied trumpet, French horn and classical guitar. As a filmmaker he wrote, directed and scored the short films Warriors of the Wasteland, Dead Sea (both produced in Super-Panavision 70), the award-winning Sentinels of the Twilight and the feature film Purgatory. He currently lives in Corona, California with his wife and daughter.

Thank you for taking the time to talk with AsturScore.

It’s my pleasure to talk with you. I have a great affection for the many fans of Jerry Goldsmith and Planet of the Apes all across Europe. As it turns out, a large percentage of my sales have been to Europe. That was both unexpected and highly gratifying, so I’m very happy to do an interview for a Spanish weblog on film music.

Reading Simians & Serialism, one realizes the amount of time invested in its preparation. The task of going through so much information must have been extenuating…

The book was originally planned to be an analysis of Planet of the Apes score, a discussion of Goldsmith‘s musical influences and the history of Arnold Schoenberg‘s Twelve Tone method. I quickly found out that there wasn’t much factual information about Jerry Goldsmith‘s assignment on Planet of the Apes, just a lot of supposition, conjecture and speculation. So, in search of the official details, I ventured to Loyola Marymount University (LMU) where the film’s producer (and driving force) Arthur P. Jacobs‘ complete papers were archived.

After spending just one day looking for material related only to Goldsmith, I found this incredible wealth of memos, budgets, script drafts and other information on the history of Planet of the Apes that had never been revealed to the public—including facts that refuted a lot of myths and misinformation about the film that had been circulating for decades. I realized that I needed to dig deeper into the archive at LMU and incorporate this material in my book. So, I decided to invest the time to make several, lengthy trips to the LMU archives to go through everything in the Jacobs Collection.

After finishing up at LMU, I did the same thing with director Franklin J. Schaffner‘s collection that was in a different university’s library. Once I had all this info in hand, I assembled it into a massive timeline and did my best to let the facts write the narrative of the book. In the end it was time well spent. All of this research really helped round out the story of how this important film was made and what transpired in the wake of its release.

Great part of the book is devoted to the analysis of Jerry Goldsmith’s composition for the first movie. In fact, it looks like a puzzle you’ve tried to solve, in Dan Brown’s best tradition. What could you tell us about that?

Over the years I had become frustrated because many so-called experts have asserted that Goldsmith‘s score to Planet of the Apes was either not a serial composition at all or only partially serial. As it turns out, Goldsmith himself left a “trail of bread crumbs” for us to follow to the answers.

In his commentary track for the 2002 DVD of Planet of the Apes, the composer clearly states that his score was written utilizing the Schoenbergian serial technique. No gray area there, right? You’d have thought this confirmation by the man who actually wrote the music would have put to rest any lingering doubts. Still, the debate continued both in public and in print!

I figured that the only way to end this confusion once and for all would be to unlock the “prime row” Goldsmith composed, trace its use throughout the score and write a book about it. As Simians & Serialism chronicles, what Jerry Goldsmith did with that carefully constructed row of twelve pitches in each and every cue of the score is nothing short of genius.

You also include a comparison of the different CD releases. Which one is the most satisfying in your opinion?

Sadly, none. I think I enjoy the presentation of the score in the final mix of the film simply because this is the way Goldsmith and Schaffner envisioned it—plus, the tapes were still new! The early LP and CD releases presented edited, incomplete tracks. The 90’s CD was made from horribly aged and damaged tapes, with wrong takes and a total remix that doesn’t resemble the film mix.

The idea of the re-recording appeared while you were studying the original scores. Was it easy to put so many elements together?

It was a massive project that took more than two years to produce. Finding the exotic percussion Emil Richards used in the original recording sessions was quite the undertaking. I had a really huge stroke of luck because it turned out that those particular instruments (along with many others) are together as a single collection in a Los Angeles area percussion rental house.

There were so many things to do, whenever I had some sort of delay or problem on the new recording, I could easily shift my attention back to Simians & Serialism. So, one way or another, book or recording, I was always focused on Goldsmith‘s score to Planet of the Apes!

Looking back, if I’d known how much time, energy, aggravation, blood, sweat and tears I’d have to put into it, I might have had second thoughts; but, then again, I was determined to make it happen. I guess that’s why they call it a “labor of love.”

Goldsmith’s score is musically avant-garde and full of “experimental playing”. How was the experience of recording some of those sounds?

It was both very exciting and nerve wracking. I was well aware that Goldsmith loyalists out there knew each and every note from memory; however, the original performance was an analog recording made circa 1967 to 35mm magnetic film in a studio with all-tube electronics. That particular chain of equipment produces a certain “sound” that’s hard to replicate precisely without a cost-prohibitive investment in hard-to-find recording equipment.

To keep the costs from spiraling out of control, I chose to make my recording with a state-of-the-art digital recording system. Even though it’s cleaner and clearer, it had a distinctly different sound—which made things difficult. My own familiarity with the original recording made me fight it at first, but, eventually I came to understand something clearly: Goldsmith‘s music defines the sound, not the recording medium.

Were you to choose a moment of the process of writing Simians & Serialism, which would this be?

The moment when I realized I’d actually unlocked Goldsmith‘s prime row that formulated the whole serial matrix. I was overwhelmed with surprise, except I was home alone at the time and had no one to share my excitement with. I felt like running outside into the street, cheering my discovery. Of course, it was just an ordinary Tuesday evening and I’m afraid the huge significance of such a discovery would have meant little to my neighbors.

And for the Planet of the Apes CD re-recording? It was just after I got Emil Richards‘ instruments unloaded from the delivery van. I wheeled this one-of-a-kind instrument Goldsmith referred to in the score as the “Death Toll” into my studio. This instrument in particular had fascinated and haunted me since I was a kid playing my vinyl Planet of the Apes soundtrack LP. I couldn’t resist an experiment.

I played the Death Toll together with Goldsmith‘s recording of the “The Trial” during the quiet interlude in the piece as Taylor waits for the trial to begin which is underscored with a repeating, developing figure anchored by the Death Toll. After I made each gentle tap on the Death Toll‘s suspended, four-foot aluminum bar in synchronization with the original recording (sonically separated by 47 years!), the instrument resonated with itself in identical, pulsing waves—a truly exhilarating moment I’ll never forget!

Do you have any other projects in the making?

There’s a lot of products in the pipeline right now. I have two more Jerry Goldsmith history/analysis books in the works that cover three landmark scores that should be out shortly.

Currently, I’m putting the finishing touches on the commercial release of a soundtrack that I composed for a 2008 feature-film thriller called Purgatory.

I’m also writing an unrelated, humorous book about my life on the periphery of Hollywood‘s rich, famous and infamous.

Also planned is a Blu-ray/DVD release of a collection of short films I made in the 80’s and 90’s several filmed in the widescreen 70mm film process—all scanned in 4k and meticulously restored. So, stay tuned!

Thanks so much for sharing these insights with our readers. We eagerly wait for your next works.

It was my pleasure. Thanks again for the opportunity to discuss Simians & Serialism and my CD of the Planet of the Apes score with your audience. 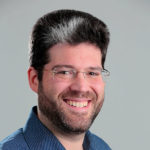