Composer, prolific soundtrack album producer and concert producer, Mikael Carlsson (Halmstad – Sweden, 1971) has been promoting film music in different ways for more than a decade. He was in Spain last summer to support Oviedo FilmMusic Live!, one of the most prestigious film music concerts in the north of the country. In its second edition, at Prince Felipe Auditorium, all tickets were sold out. During Mikael’s stay in the city, he gladly accepted to have a chat with AsturScore about film music concerts, a new trend of enjoying music which is gaining fans all over the world.

.
A former journalist, Mikael Carlsson launched film music company MovieScore Media in 2005, releasing its first soundtrack album in 2006. As a concert producer with arranging skills, he launched Soundtracks Live!, a service devoted to bringing quality film music to concert halls, in 2014. Among the composers whose music he has adapted for concert use are Marco Beltrami, Patrick Doyle and Michael Kamen. A composer in his own right, Mikael devotes his time to writing concert music, primarily for choir.

Is there an audience asking for film music in the concert hall?

Without the interest of an audience we wouldn’t have any of these concerts. You have festivals which primarily attract the fans, and to a certain extent professionals. Then you have film music performed in general concert halls, by the regular orchestras, not in a festival, but for the general audience. I think that’s where we’ve seen the biggest movement.

I came back from La Verdi in Milano last week, which is a classical orchestra, but very forward thinking. They did these three concerts with film music. I don’t think that would have happened maybe five or ten years ago. There is an interest from the audience and many orchestras want to perform this music in the concert hall, obviously to attract new people. What we can do is to get these people interested in film music. So it’s a win-win situation. There will be a new audience for the orchestra, and we will also have new audience for film music.

That’s what we want. That’s my mission. I want to bring film music to the regular people, to concert halls anywhere.

The same happens with some CD editions, such as Titanic or Out of Africa, which are well known by people who are not necessarily film music aficionados.

The awareness of film music is definitely growing with the Hans Zimmer generation, so to speak. Before that, we had the John Williams generation, which was also a lot of people. But Hans Zimmer introduced so many new elements to film music. His music is often a bit difficult to do with a regular orchestra in concert, of course, given his very specific hybrid voice where a true representation of his vision would have to involve many other elements than just the standard symphony orchestra.

At the same time, there are lots of people looking for things like The Lord of the Rings.

Agreed. Also, maybe videogames play a role, because people really interact with the games and become accustomed to dramatic music in a way that was only reserved to ninety minutes in the cinema. And, then, it was gone. But people play all through night and they absorb this music.

And what about images for these concerts? First of all it’s a question of rights. You need permission to show these pictures. If you want to perform music in concert, technically, you need to have the license to perform the music. Either you rent music from a library or do a new arrangement and get a permission to do that. But if you want to show footage or stills … that’s something else, and in general no such rights are granted by the music owners.

The other thing is, for me, actually I’m more of a fan and believer in that music should stand on its own two feet, if it’s supposed to be performed in a concert hall. If you need pictures, well, why don’t you go and rent the Blu-ray? What makes it interesting for me, personally, and I hope for the audience too, is to experience the music out of its original context allowing the music to get a new life. And maybe you can create your own images in your head or you’ll enjoy memories from the film when you saw it. It’s a whole different thing. This way film music, on its own, becomes a new piece of art.

And I have the same theory when it comes to album production or CDs as well. I’m not a huge fan of complete scores that are presented from the first frame of the film to the last. If you want to experience music that way, the best way to do it is to actually see and listen to the film.

So, my vision is to have this music take on a new life on its own. Why would we play it in concert if it doesn’t work without the pictures?

May concerts help in promoting film music? Because Hollywood producers are asking for the same score all the time. It seems that creative freedom has been long gone and, perhaps, concerts could be an opportunity to get an interest in themes, in melody.

I think, though, that you need to have an understanding and an interest in music to begin with. There are so many insecure directors out there, when it comes to the role of music in their films. So, when you arrive at the stage of production when it’s time to score the movie, there is no real vision. And, very often, there is no room for the music to do its job. It’s just another layer of “stuff”. It’s really quite difficult to be a film composer these days!

We had a little horror retrospective at home this summer. We watched Blu-rays of a lot of the classics: The Omen, Poltergeist… And it’s so clear that these producers and directors just had complete confidence in the music! I mean, The Omen: the music is so loud! The score carries so much of the suspense. I don’t think anyone would have the guts to go with such a dominant score in a big movie today. Everyone seems to be afraid of music and the worst thing you can be accused of is that the score is trying to manipulate the audience! Well, of course it is. So is the editing, lighting, acting, visual effects, sound.

However, we read directors saying that there are no composers writing “themes” any longer. And, yet, they do not ask for them.

They are afraid of melody; because a melody is, by definition, something that’s going to develop, it’s going to demand a certain space. It’s supposedly more than four bars.

There’s a terrific film (I hope you saw it; if you didn’t, you should), which I put together the album soundtrack for: Let The Right One In. It’s a Swedish vampire film with an arthouse touch, and very unusual in that the director is actually giving music some serious thought. There are moments in the film where there is montage old style, where music is carrying the whole emotion. And it’s so rare, so rare these days. Of course, in a case like this you’re gonna get the big theme, the one we all love, because there is space for it.

But in a lot of the films we have today, we have to admit that there’s no place. You can blame the composers or even the producers, whatever, for them not being in it, themes and melodies; because there’s no room for it.

Does the same apply to European films?

Some Spanish composers are moving into US, writing music that seems to be somehow apart from the one they wrote for their films in Europe.

When Roque Baños did Risen, for instance, he did a great score but it definitely feels more in line with the current Hollywood trend than what we might hear from Roque had this been a Spanish film – all of this is very hypothetical, of course. All the Spanish stuff that he’s doing is so great. Maybe, when he comes to Hollywood, he is more of an underdog, but when he’s in Spain, he really doesn’t have to prove anything.

You know, I’ve put out quite a lot of Spanish scores and I’ve been following Spanish film music for quite a long time. When I come down here, I’m always telling you people that you have such great quality in film music compared to many other countries. The level of craftsmanship and artistic vision is really impressive.

And what about soundtrack albums? The market is changing constantly, I think.

When I started out ten years ago, it was actually possible to put out an album by a completely unknown composer, for a very small film, and, still, sell a decent number of copies. That’s very difficult today. These days we are competing, every week, with forty or fifty new albums. There is no question about the market being oversaturated, but the way we consume music is also changing a lot. We are going towards a situation where all music is going to be available, and it’s up to the listener – rather than the labels as curators – to choose whether or not the music is worth listening to. 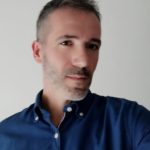