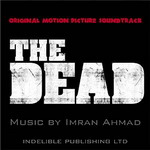 For many years, we have been attending to a terror and horror festival about zombie genre including, of course, infected people.

Even literature has been nourished by this boom, with such eccentric and odd things like a zombie version of Pride and Prejudice, and every kind of proposals regarding the zombie phenomenon, being George R. Romero one of the main fathers of the idea. The Best: The mix of ethnic, percussive, electronic and corals, forming a score as terrifying as rhythmic, with room for beautiful and melancholic melodies.

Worst: A score of terror, with very dark and sinister elements, which may not be well suited to the palate of some purists.

In this genre, we can find a new variant, just interesting and amusing, The Dead (2010), a road movie of zombies set in Africa. Nothing to get excited about, but it is an original proposal which keeps the promise, without excessive blood and a limited budget.

The Dead – Zombie terror in Africa

The Dead makes two parallel offers which fuse in one when the main characters meet each other. On the one hand, an American mercenary/engineer called Brian who is running away from the African country (not specified one) aboard a plane, in the middle of the zombie disaster, and has an accident on the high seas, being the only survivor.

On the other hand, an officer of an army faction from “who knows where”, sergeant Daniel Dembele, who arrives to the village where his wife and son lived, and finds out that she has been brutally attacked by zombies and the boy has set off with the soldiers for a remote base.

Brian will find a beat-up car which he will manage to move off. On his way to a nearby military airport, he will have an accident and he will be saved by the sergeant Daniel when a pack of zombies rush towards him.

Since this moment, their destinies will come across and they will travel together so Brian can ask for help to leave the country and Daniel continues on his way to find his son.

When they reach the airport, they just find death and devastation, so Brian will decide to continue with Daniel towards the military base where his son is, on the north, avoiding every kind of dangers and zombie attacks, until the distressing end (which could not be another, as we have already sensed).

The budges restriction is obvious, and some night attacks are very dizzy (or too dark); there is some blood and gore, but not too much. The characters are well performed which is the minimum requirement.

The best? The atmosphere and the scenery, and the constant insecurity, day and night, provided by the intermittent presence of zombies here and there.

A forgettable but enjoyable movie, if you do not set very high standards. The score attracts the attention trying to refute the typical cliché adding musical colours and tonalities appropriate to the beautiful pictures of the African landscapes. This British composer of Indian origin worked for several TV channels in the United Kingdom and abroad (as BBC or Channel 4), making short movies and documentaries in 2007 and 2008 (In His Shoes, Mayomi, The Foundation).

2010 was an outstanding year in his recent career when, as well as adding a new short movie (To Unwill a Heart) he also participated in two movies, the drama The Greenwich Village Massacre, and the road movie of zombies The Dead which had its premiere in Cannes in 2010 and launched to world market in 2011.

Nowadays, he is working in Transfer at Aachen, a movie about train robberies setting in Northern Europe.

Furthermore, Imran Ahmad is co-director and producer of 4Dio, a multimedia company which makes “audio-movies”, produced with performance, movies music and sound design.

Curiously, this score was not published, but it was so successful among the fans of Ahmad work that, by popular request, it was decided to launch the score in iTunes format, to enjoy this way the good job of the composer.

We personally want to be grateful for the implication and the predisposition of Mikael Carlsson (Moviescore Media) who unselfishly put us in touch with the score and, later, he provided us with the opportunity to have an interview with Imran Ahmad.

It might be possible that the score is being published by Howlin’ Wolf Records, as announced on their website (Coming in 2012).

Brief analysis of the score Imran Ahmad has created a score devoid of the usual cliché of the genre. It is true that horror and terror are predominant in this story about zombies, but it is also true that the composer widens the musical spectrum with melodies that suggest humanity, evoke feelings on the characters, foster the drama of the situations, and they also create a brief but beautiful musical frame for the African landscapes.

Being Africa the location of the apocalyptic scene, the composer works, as expected, with percussion and ethnic sounds, reflecting as the environment as the constant movement of the characters, especially that never-ending drive to the hell trough a savannah infested by zombies.

Every kind of ethnic percussions and orchestration (congas, darbuka, box drums…), several times fused with excellent electronic music, cheer the action, zombie attacks and the travel in itself up. Themes like The Car (which has a great intensity crescendo when zombies surround Bryan Murphy when he is trying to start his car), Campfire Attack (a fatal night attack), the rhythmics Evacuation and Refugees, or The Beach (the attack on the beach).

On the other hand, Imran occasionally shows us the beauty of the landscapes, like in the second part of the cut Forsaken, or in the cut Well, of which softer melodies reveal the lovely locations of the country being a kind of musical oasis in the middle of horror.

The friendship between both characters (Bryan and Daniel) also finds a melodic counterpoint in a delicate moment of dramatically held intensity, Friendship, Do you have a family?, or in the end of the cut Campfire Attack. And of course, a powerful and apocalyptic theme that catch brilliantly the essence of drama, presented in the fist cut, Theme from the Dead, where a lovely female voice offers us a dramatic and devastating song. This theme encloses ethnic instrumentations which serve as a wail of a human race.

It is a recurrent idea through the score, as in the last part of the cut Do you have a family?, in the beginning of the cuts The Car and Journey to the North, the final climax in Hope III, or inserted into the excellent theme of the End Credits.

The horror themes, both percussions and electronics, cause unease and a lot of tension. On this matter, Imran inserts dense and sinister sounds, very well devised, with whispers, wails and almost cries that help emphasize the drama and the supernatural presence of zombies (like Zombies in the Night I and Zombies in the Night II).

An effective and elaborate score of Imrad Ahmad who has known to find series of musicals counterpoints to attach importance to the movie, deepening in different musical layers, emphasizing the fantastic use of ethnic percussions and voices/wails to praise the Apocalypse zombie that hovers over the human race. A score higher up the typical average for this kind of productions.

We recommend you to read the INTERVIEW we have made to the composer regarding his good job.